Are Sight Words Really THAT Important? 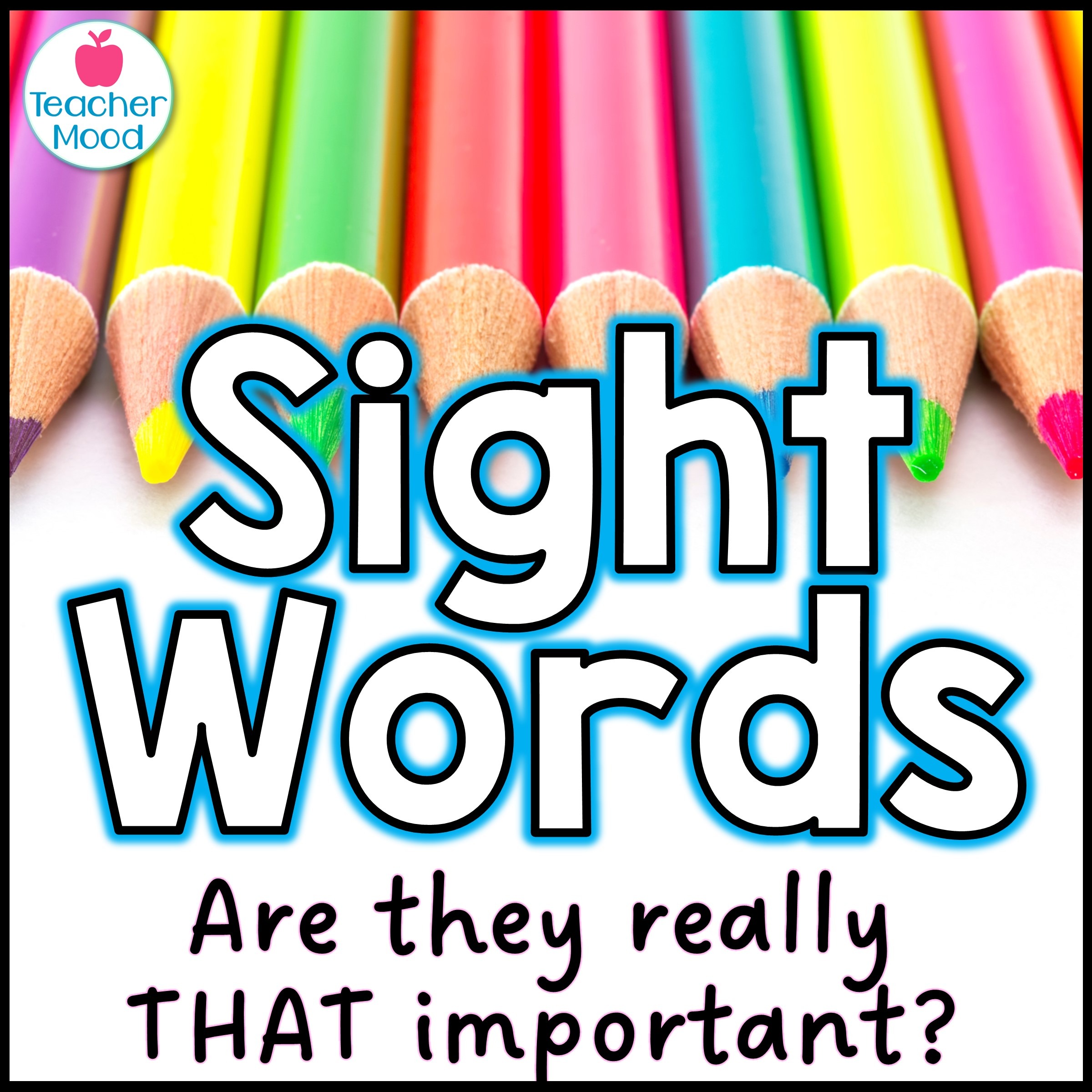 So, let’s talk about sight words. Do we really need them? In a word- YES! Sight words are important, and they’re here to stay. There are many benefits to learning new sight words for young students. These words allow emergent readers to develop reading fluency, while also strengthening their vocabulary and writing skills. They enable students to recognize and read a word without the need to stop and sound it out. Can you imagine how frustrating it would be to sound out every word in a sentence, every time you read? Sight word recognition eliminates this frustration. Plus, there are words that cannot be easily sounded out or decoded. Some words simply do not follow the rules of phonics. Students need the ability to identify them on sight! Grab a FREEBIE here. 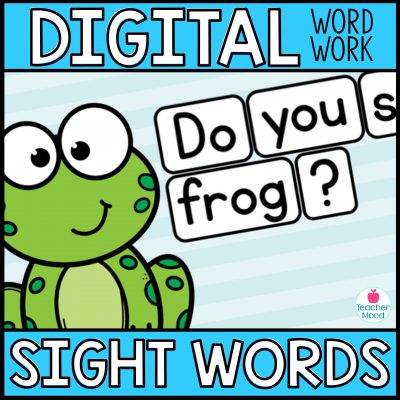 Reading comprehension is a necessary life-skill for students. Without fluent comprehension, students will fail to retain information and even become poor readers. Did you know that students’ reading ability in the third grade is an indicator of future success? There are some states that build prisons based on the reading comprehension ability of their third grade students. I heard someone else say this, and I don’t remember who it was, but it’s important enough that it needs to be shared. Let’s build college dorms based on those scores, and not prison bunks! Literacy Mid-South has an interesting blog post HERE about the link between incarceration and low literacy.

When students learn sight words, they are building the foundation necessary to become successful readers and writers. Automatic word recognition provides students with the ability to quickly read and comprehend without decoding words. Sight words build accuracy as well as speed when reading. This all creates the groundwork for strong reading comprehension skills. 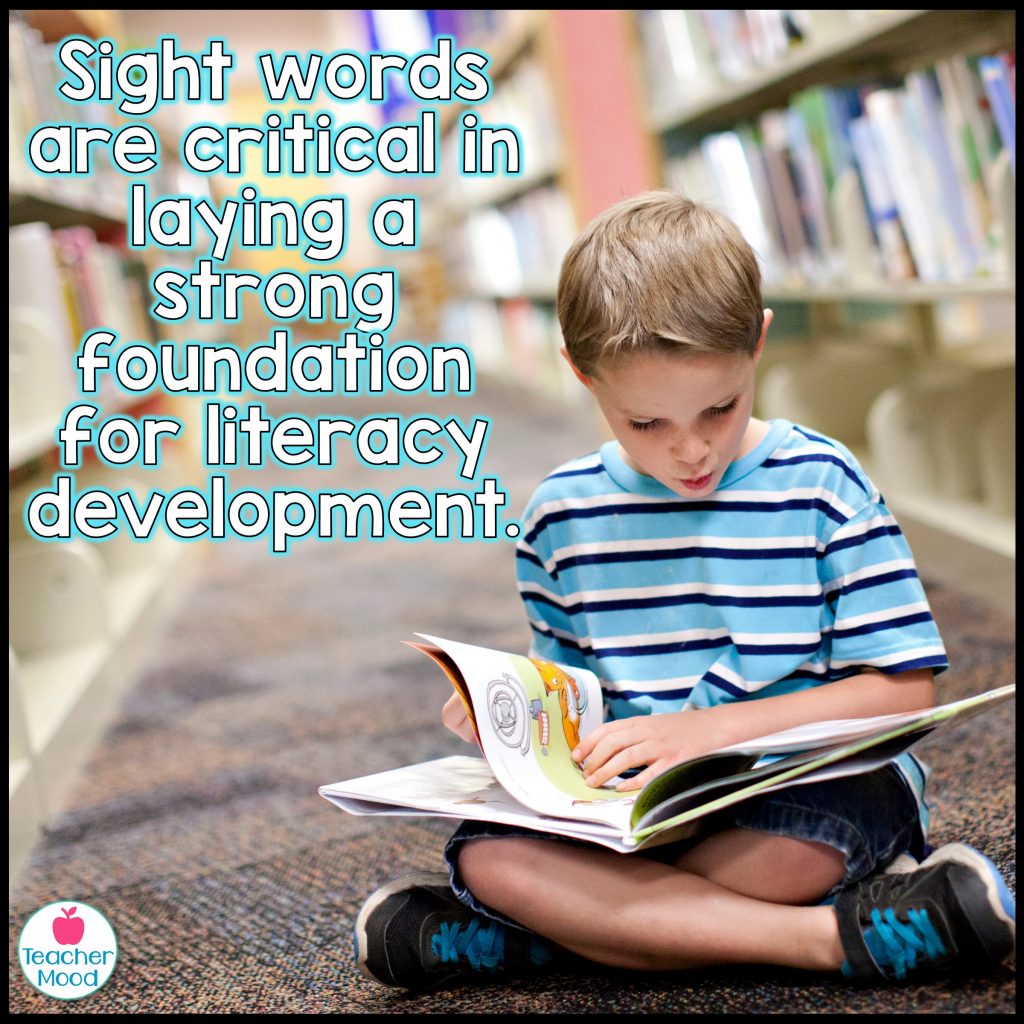 Sight words are crucial, but without phonics skills, readers will lack the fluency needed to move into reading comprehension. Just like students can’t be expected to sound out every single unknown word they encounter when reading a new text, students likewise can’t be expected to memorize by sight every single word they may encounter. Therefore, reading teachers must take a balanced approach to teaching literacy skills to their students.

Before students can learn how to read, they first need the concept of phonics. Students have to know what letters are, that they go together to make words, that words have meaning…. You see where I’m going? You can’t just jump right in with sight words. Young children have no concept of print. You must teach them to distinguish the difference between a given letter, a number, or simply just a scribble on a sheet of paper. They are all just symbols on a piece of paper until the teacher helps the child develop an understanding of their meaning. Phonics instruction will provide kids with the letter recognition needed to become familiar with sight words. Without phonics, sight word identification is nearly impossible.

You may be familiar with the common term “high-frequency word,” but what exactly does that mean? In a nutshell, high-frequency words are those that children will encounter frequently in text, that is… the words occur with HIGH frequency. 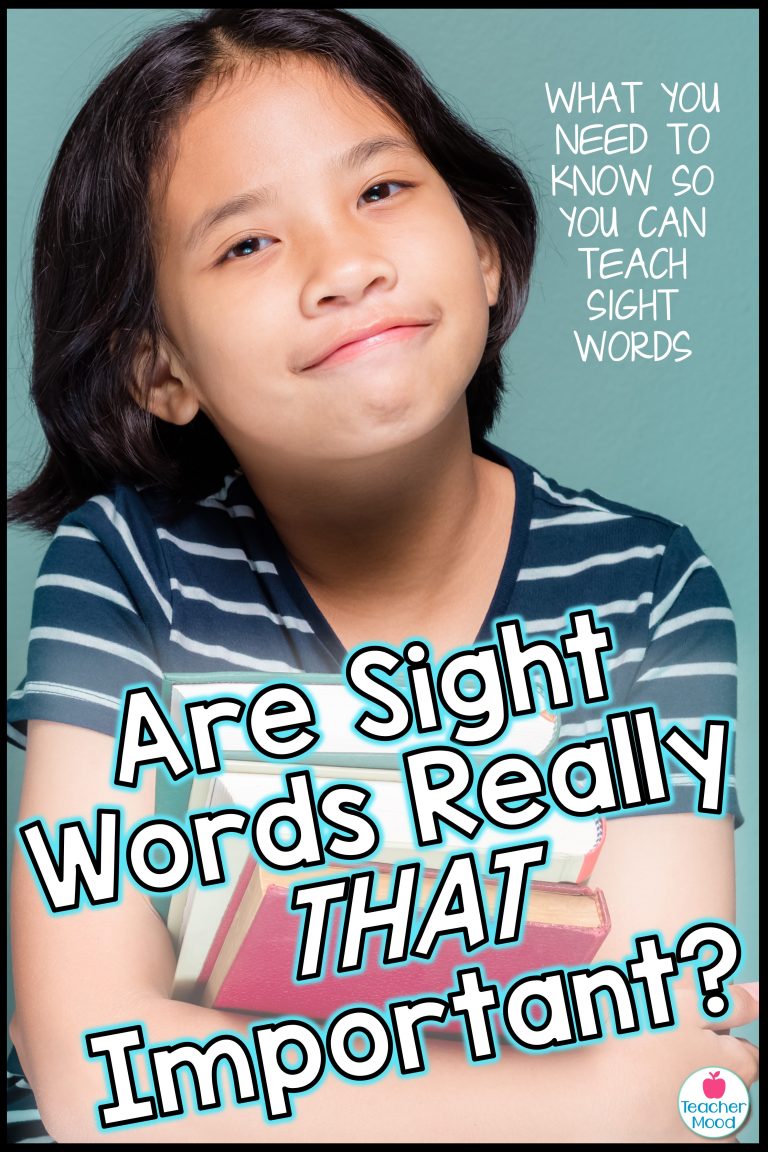 The two most common sight word lists students will encounter are the Dolch and Fry lists.

Dolch sight words, trademarked by Edward William Dolch, were developed by compiling the most common words in children’s literature at the time. This list contains 220 words with a separate list for 95 nouns. While this list was created in 1936, a majority of the words (50-75%) of words are still relevant today. These words are divided into five lists.

Next, there is the collection of Fry Sight Words, developed in 1957 and then later updated in the 1980s by Dr. Edward Fry. He compiled a list of the most common 1,000 words encountered in print. However, this list does not contain nouns. These words are broken into 10 groups.

Given these points, there is no right or wrong list. Choose which list works the best for your students. However, the Fry List is more modern, and the words are frequently found in text today.

There are so many ways to practice sight words. An old, but tried and true method is none-other than FLASHCARDS. Sort and even play games with them. It’s a simple but effective way for students to identify new words. Create center activities or use them for intervention. There are also new digital versions that support virtual learning but are still engaging like hands-on activities. 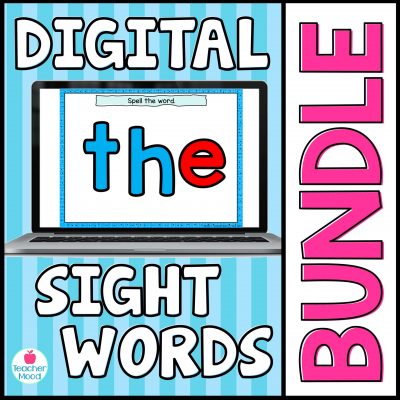 Because I believe that sight words are a BIG deal, I created a resource that is versatile for all students to use. This BIG BUNDLE of digital sight word activities and games is perfect for traditional face-to-face learning, distance learning, and even homeschool students. The best part is that you can grab a FREE set right here, right now! This freebie features the sight word “YOU” and can be used whole group, small group, or even as an independent learning activity.  Students will love this interactive practice in Google Slides. They will learn word recognition by tracing the dotted letters, word shapes, spelling with letter tiles, fancy font puzzles, and so much more! You’ll love it, and so will your students.

In any event, check out the freebie and let me know what you think! I’d love to connect with you on social media. I love to see when my resources are helping kids. Feel free to tag me @teachermood on Instagram and Facebook! 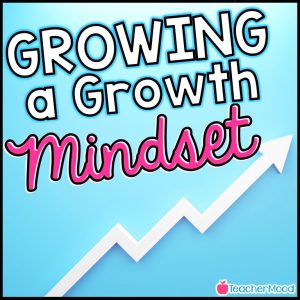 In today’s high-stakes, all-or-nothing society, teachers across the nation see kids under the pressure of perfection from a very young age. Many children have expectations 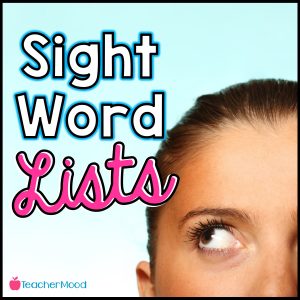 Sight Word Lists: What You Need to Know!

Planning for sight word instruction can be overwhelming. So many questions… Which sight word lists should I use? Why are there different sight words lists 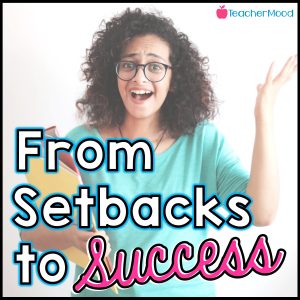 From Setbacks to Success

Going into my first year teaching, I just knew that all of my students were going to be successful. Without a doubt and without reservation,

There's nothing more important than teaching the p

Really feeling this one today... I thought it was

Hedging my bets that I can add a cute little heart